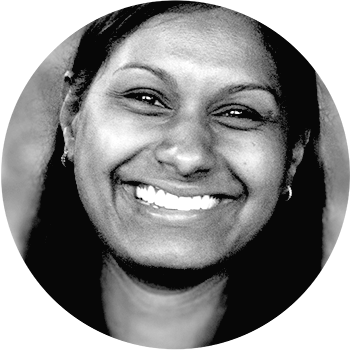 Nemili was adopted at 18 months from southern India and grew up in southwestern Wyoming with her parents and older brother. Nemili is the second generation of adoptive woman in her family. She feels very fortunate that the Lord placed 12+ other adopted members into her extended family as a built-in support system. She and her husband have one son and are also pursuing their own adoption in Honduras.

In 2009, the Lord revealed to Nemili the great interest adoptive parents have in adult adoptees’ perspectives. This inspired Nemili, along with two adoptive parents, to found Chosen for Life Ministries (CFLM), bringing adoptive parents into community and fellowship. Looking to deepen CFLM’s ministry was the impetus for Nemili to attend Together for Adoption’s 2011 National Conference in Phoenix, AZ. This was the first time she was introduced to the Theology of Adoption, radically transforming and deepening her perspective on what the Lord says about adoption. Since then, Nemili has focused her teaching to adoptive parents on the importance of raising their adopted (and biological) children with a strong sense of hope in who God is through his words on adoption, identity, and inheritance.

Nemili attended The Johns Hopkins School of Nursing obtaining a Bachelor’s of Science in Nursing. She has a psychiatric nursing background. Nemili also pursued her masters degree at Northwestern University obtaining a Masters in Medical Informatics. She currently works as a Senior Clinical Analyst.

Nemili Johnson has served as Together for Adoption’s Educational Coordinator since 2013.

Join adult adoptee Nemili this Nov 5-7 at @SummitRDU for @t4aCon. Solutions are closer than you…