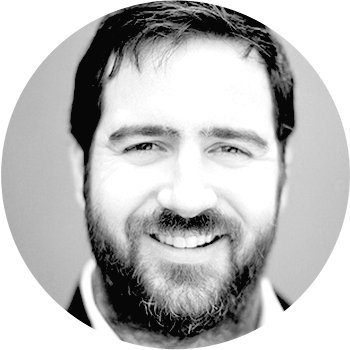 Like millions of children in America, John Sowers grew up without a dad present in his life. But unlike so many children, John had the benefit of faithful men mentoring him along his journey.  At each stage in his life, God provided a man who consistently stepped into John’s life. And from their investment, he knows firsthand that mentors help kids that are destined to become a “negative statistic” turn out to be thriving citizens, leading their families and communities well.

Because of his work in the field of fatherhood and healthy families, John as been honored by The White House where he was received the President’sChampion of Change Award.  Additionally, CNN, Maria Shriver/NBC, Christianity Today (profiled as an emerging young leader in their “Who’s Next” series), RELEVANT Magazine, WhiteHouse.gov, Fox News KOKH and others have featured John and the story of the Mentoring Project.

John is also an author and frequent speaker, regularly advocating for positive role models and communities to invest in their own young people.  John’s first book, Fatherless Generation: Redeeming the Story, (HarperCollins, 2010) is a revamped popular approach to his doctoral work in the field of faith and fatherhood.  His most recent work, The Heroic Path: In Search of the Masculine Heart, (Hachette, 2014) explores a man’s journey towards manhood, uncertainty without masculine initiation and themes in history, literature and the bible that point towards how to overcome fear and walk towards love.  John also writes frequently on Storyline blog and his personal blog.

Sowers has spoken at venues from the White House, speaking on televised panel as part of the award ceremony when he received the President’s Champion of Change Award, to the mayor’s office in many communities across North America.  John loves joining forces with other innovators and has spoken in numerous communities, colleges and conferences including: Verge, Story Chicago, Catalyst, The Justice Conference, Storyline, Together for Adoption and a mentoring rally at The Cove. John has spoken on behalf of the fatherless in many communities of faith including Saddleback Church (Orange County, CA), Rolling Hills (Portland, OR), Life Church (Oklahoma City, OK) among other soulful gatherings.

John received his Masters of Divinity from Trinity Evangelical Divinity School in Chicago and his Doctorate from Gordon Conwell Theological Seminary in Boston.  He enjoys remote places, knife making, mythopoeia and the Boston Red Sox. He is active on Twitter and Instagram as @johnsowers, and lives in Oklahoma City with his wife and two daughters.